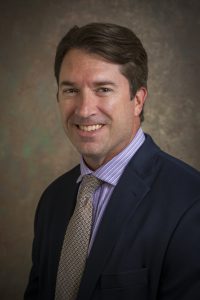 Chester Cox joined DASL with 27 years of experience in public education in the State of Delaware.  He began his career with the Caesar Rodney School District as a 5th grade teacher at Star Hill Elementary where he remained for 7 years.  During his tenure in the classroom, Chester was appointed as a Lead Teacher by the building principal.  Chester was appointed as an assistant principal at Postlethwait Middle School in 2000 and also worked at Fifer Middle School until May of 2005 at which point he became principal of Star Hill Elementary School where he remained for 9 years.  Under his leadership, Star Hill achieved a Superior Rating from 2005 – 2014, was named as a Super Stars of Education School, and was named as a National Blue Ribbon School in 2012.

Chester was appointed as the Director of Student Services for the Seaford School District in 2014 where remained until his retirement in July of 2019.  Chester partnered with organizations such as the Delaware State Housing Authority to provide housing vouchers to families experiencing homelessness.  He also worked with a multitude of agencies and organizations to provide support to staff to better meet the needs of students experiencing trauma, and direct support to those students.

Chester has a passion for classroom instruction and is excited about joining the DASL team to provide support to schools to meet the needs of every student.