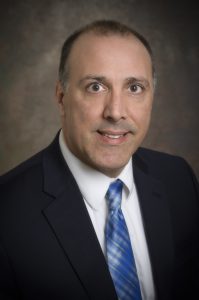 Dave Santore served the State of Delaware for twenty-one years as an administrator. From 2011-2017, he served as Principal of Dover Air Base Middle School in the Caesar Rodney School district, which was named a 2016 National Blue Ribbon School . During his tenure, the school received two State of Delaware Recognition Awards. The first was for Improvement (2012), and the second was for Academic Excellence (2015). In addition, Dover Air Base Middle was recognized by thebestschools.org in 2014 as the 35th best Middle School in the United States.

During his tenure in Woodbridge as K-12 Director of Instruction from 2004-2011, Woodbridge Elementary School received both a National Blue Ribbon Award and a National Distinguished Title I Award (2010) and was named a superior school six times. In addition to his work in schools, Dave has served on many state-level committees, including as chair of the State Mathematics Coalition, and as a member of the Secretary of Education’s Change Management Committee for Race-to- the-Top implementation. Furthermore, he co-chaired a Delaware Performance Appraisal System (DPAS) Advisory Sub-committee. Dave is excited to work with others to build leadership capacity with the ultimate goal of improving instructional practices to foster student achievement.